If you are responsible for managing a factory, there are many things that you need to consider to keep your staff safe and your valuable equipment in good working order.

We work alongside Severfield Plc, carrying out electrical installation condition report (EICR) inspections and thermographic surveys in their factory to keep them compliant. 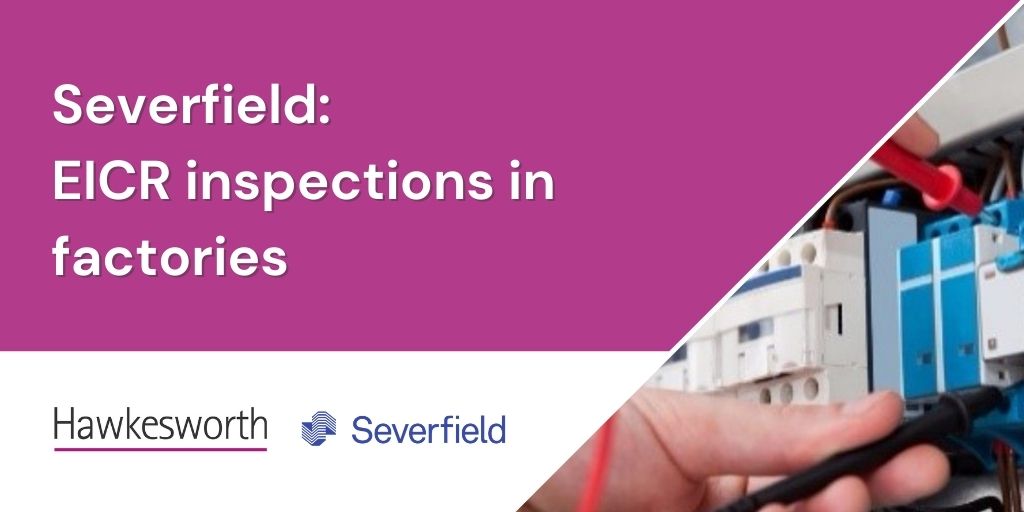 Severfield is based in Thirsk in North Yorkshire. Founded in 1978, it is the largest structural steel business in the UK as well as one of the biggest in Europe, with a growing presence in India.

The company manufactures a wide range of steel products which feature in buildings including the London Shard, Tate Modern and the Gateshead Millennium Bridge.

As a heavy-duty steel manufacturer, Severfield has a large factory onsite where it fabricates products to ship not only across the UK, but internationally.

The factory contains a variety of machines used to temper and shape steel including lathes, drill presses, planers and grinders. All of these machines are mains-powered.

It is vital to ensure all electrical circuits in the factory are running at optimal capacity. This not only protects staff from injury but also safeguards the factory against potential fire and electrical damage.

Due to the nature of the factory, it needs to keep as fully operational as possible. Closing it temporarily for safety checks would reduce output significantly.

Hawkesworth carries out EICR inspections every three years, as well as annual thermographic surveys on their distribution boards.

EICR inspections should be carried out every three years to help factories remain compliant and safe. Severfield has nearly 3,000 electrical circuits in its factory that need to be tested.

To reduce the time spent on site and limit downtime, we stagger EICR inspections, so we carry out a third of the checks every year on a three-year cycle. 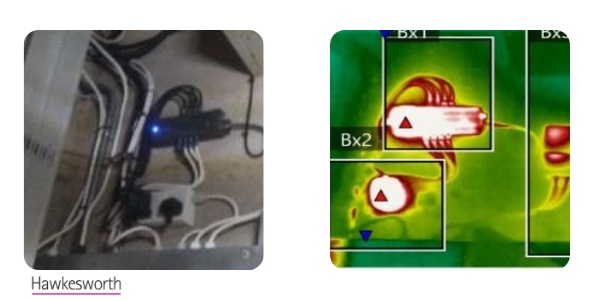 Potentially dangerous components give off heat, which is picked up by the camera. This means the boards can stay operational while the testing takes place.

All testing is carried out by the same team of engineers each time, meaning the engineers are always familiar with the location of everything that needs to be tested.

Here at Hawkesworth, we are aware of how vital it is to keep factories running, to make sure quotas are fulfilled and resources aren’t wasted stopping and starting production.

We work with all of our customers, across a range of different industries, to ensure that their factories remain safe, compliant and most of all, fully operational.

Contact us today for your free, no-obligation EICR or thermal imaging quote.

More of our case studies: