Our 2020 review of the year – what has been happening in the world of electrical testing?

You may think 2020 has been a comparatively quiet year in the world of electrical testing and compliance… however, you would be surprised!

Join us as we look at what has happened this year and make our predictions for the year ahead. 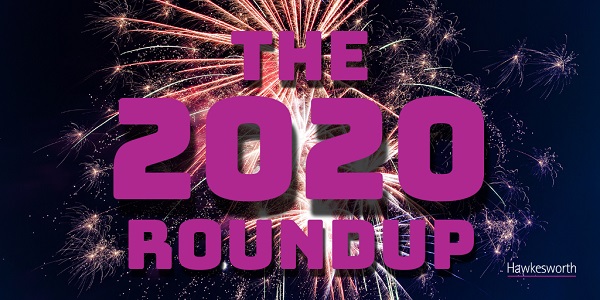 March 2020 – the launch of the Fire Safety Bill

March saw many of us working from home during the first lockdown, as well as the introduction of the Fire Safety Bill to Parliament.

The Fire Safety Bill will replace the Fire Safety Order 2005, bringing in legislation that will help improve fire safety in buildings that contain more than one home.

The Government brought the bill in to ensure tragedies like Grenfell will never happen again, holding building owners to account and making sure they take steps to reduce the risk of fire.

At the time of writing, the bill has returned to the House of Commons with amendments from the House of Lords. Once reviewed and agreed, the bill will finally become law – we expect this to happen in early 2021.

June 2020 – changes in legislation for landlords

In June, the laws changed for landlords across England and Wales; with any new or renewed tenancies requiring a valid EICR inspection.

This change was brought in to protect tenants and give landlords peace of mind.

18% of electrical fires are due to faulty wiring or plugs, so it’s essential to ensure any electrical installations are as safe as possible.

The law will be changing again in 2021, with landlords needing to carry out an EICR even if there are tenants currently in the property.

10% of people have experience of an electrical fire or shock caused by a fake electrical product, and counterfeit products are increasingly more difficult to tell apart from the real thing.

It will be interesting to see if this move makes a difference, and if other online retailers will follow suit.

How to stay safe when buying electrical equipment online

July 2020 – the introduction of the draft Building Safety Bill

The act aims to bring in an ‘accountable person’ who will be responsible for keeping people living in high-rise buildings safe, as well as a new national regulator for building safety.

The draft bill was open to feedback until October, and a report was published in November. The draft bill will then be introduced to Parliament, where it will be discussed and potentially become law.

September 2020 – the launch of the IET 5th edition

In September 2020, the 5th edition of the code of practice for the in-service inspection and testing of electrical equipment was launched by the Institution of Engineering and Technology (IET).

Hawkesworth was part of the committee that developed the guidelines, meaning we can say with confidence that we are at the forefront of electrical safety issues.

Find out more about the guidance

At the end of the year, the BSI launched the new Fire Risk Assessment Standard, which is also known as PAS 79.

The code of practice was last updated in 2012, and included new changes to clarify how fire risk assessments needed to be carried out in residential buildings.

Find out more about the changes to PAS 79

There are two key issues we will be looking at with interest in 2021.

Firstly, the Fire Safety Bill replacing the Fire Safety Order. We’re not sure when this will become an official act of Parliament, but when it does, we will be reporting on the changes and how it will impact landlords as well as those in the construction industry,

Secondly, the changes impacting landlords in April. This legislative change means all landlords will need to have EICR certificates in place for their tenants.

We will be reporting on other issues and changes when we are made aware of them.

If you’re interested in keeping up to date with all of the latest electrical compliance news, why not sign up to our monthly newsletter?